Trans Joy is a weekly blog series celebrating the positive side of trans experiences, in an attempt to bring some balance to contemporary trans discourses. This week I’m talking about trans camradery.

As those of you who follow me on Twitter may already be aware, I’ve had a somewhat stressful week. As often happens when you’re a trans person in a space which is not specifically designed for trans people, there’s been some callouts of transphobic people in the sex blogging community. Amid the normal bullshit which accompanies this, there have been positives. Allies have taken a stand alongside us, and there have been moves to make the community an overall more inclusive space.

What stood out for me though, was the sense of camradery between me and the fellow trans sex bloggers speaking up about this issue. A far cry from the comfort of a safe space, this is a very different form of solidarity to what I’ve written about before.It’s standing shoulder to shoulder speaking out against prejudice.

Feeling part of a community which have one another’s backs when we speak out is a valuable thing. The need for this kind of solidarity is depressing. But the sense of power, the knowledge that I don’t have to go through these fights alone. That brings me joy.

I hope you all find some joy this week too ❤ If you want to contribute to this project then please get in touch 🙂 If you want to support the project you can order a zine here. 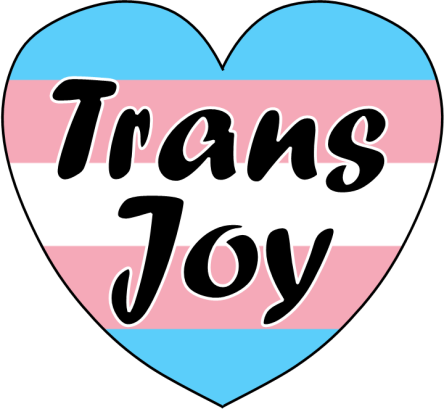 One thought on “Trans Joy – Comrades”